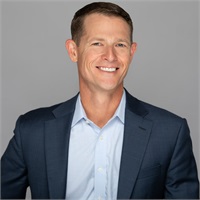 Rob Hudson graduated from the University of South Florida with a degree in Economics. Rob is a fourth generation Tampa native and graduated from Tampa Jesuit high school. His grandfather, Frank Llaneza, is regarded as a pioneer in the resurgence of the premium cigar industry at the end of the 20th Century. He was best known for creating and manufacturing a number of popular cigar brands in the years after the 1962 Cuban Embargo, including Hoyo de Monterrey, Punch, Bolivar, and Siglo.

Rob entered the financial services industry in 2008, and joined Guardian Life and Park Avenue Securities in 2012. In his first year with Guardian, Rob was awarded his agency's first Centurion Client Builder Award. Rob’s main objective is to be a long-term trusted financial resource for the families he works for.

Rob has been featured in a number of publications, is a member of the Coastal Conservation Association, and is proud to be a representative in The Tampa Jesuit Alumni Council. Rob comes from a family of outdoors enthusiasts. He is an avid fisherman, and regularly competes in professional tournaments. He’s even managed to win a few. Ask him about the 2012 fishing tournament when he won a brand new boat!