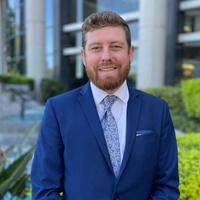 Conor Kavanaugh entered the financial industry with the goal of helping individuals, families and businesses achieve their financial hopes and dreams.  Prior to becoming a Financial Representative at Westshore, Conor spent 4 years in golf course management working for Concert Golf Partners, in Orlando, FL, as a manager. Before entering the world of golf, Conor served as the marketing director for NeoMetrix Technology, a 3D-printing and Rapid Prototyping company in Orlando, FL, who works closely with the U.S. Military, Northrop Grumman, Boeing & Lockheed Martin.

Conor’s passion to see those around him succeed was the driving force that brought him into this industry. Having spent a handful of years working in the Central Florida and developing relationships with individuals and local businesses, Conor felt it was at Westshore Financial Group where he would have the greatest opportunity to help people become organized, stabilized and free in their financial worlds. This enthusiasm for helping people continues to fuel his business.

Conor was born in Orlando, FL, but spent time living in Atlanta, GA & Charlotte, NC before his family settled down on a farm in Nashville, TN in the mid-2000’s. Conor received a scholarship to play soccer at Covenant College, where he competed for 2 years before retiring due to injury. After transferring schools, Conor received his B.A. in Marketing from Middle Tennessee State University. Conor relocated back to Orlando, FL in 2014 and began his professional career. While working in golf course management, Conor began taking classes again and received his B.S. of Business and Information Management from Seminole State College of Florida in 2019.

In his spare time, Conor most enjoys traveling with his fiancé, Emily and watching anything to do with sports. Having grown up on an equestrian farm and vineyard in Tennessee, the outdoors remain a passion of his, as he is an avid golfer, soccer player, softball player and boater.