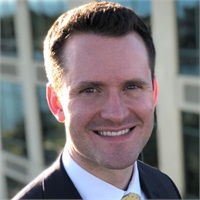 Tom Seeko was born in Edison, New Jersey and moved to Homosassa, Florida at an early age. He grew up as a boy scout and strived to become a strong leader within the organization. At the age of 8, Tom began to learn soccer and competed at multiple levels throughout school. He played in All-Stars and was invited to play at the Competitive level. Starting in the first year of Middle School he took on the clarinet and excelled quickly to become the lead seat for the band. When starting Freshman year in High School he decided to pursue the alto saxophone and joined the marching band. Tom has always believed strongly in team sports and enjoys the competitive nature that comes along with it. Learning and achieving new things has become an ongoing focus and every day he continues to educate himself to provide top notch service to his clients.

Tom graduated from the University of South Florida in 2011 and began his career within the financial services industry. Here are some of his accomplishments: